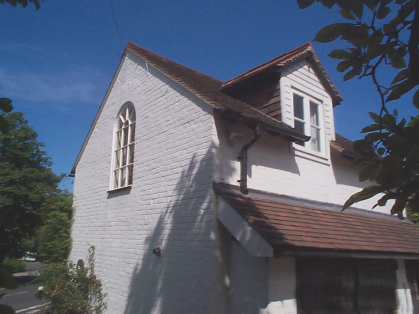 The Hayloft is a detached, self-contained upstairs studio flat that can accommodate two adults. Its features include a fully equipped kitchen, a TV/sitting area, as well as two single beds, downstairs toilet and shower room, washer/dryer. If required an additional guest bed, travel cot or mobility shower stool can be provided.

Built at the same time as Ford Cottage in 1856 the building initially served as a coach house and until recently had a rack for the tack and a raised platform on the upper floor which enabled the long shafts of he coaches to be stored on the lower floor. The ground floor was completely covered in tightly packed "paver" bricks and we have re-used some of these in the entrance hall and bathroom.

We believe the top floor was used as a hayloft for the horses' feed and bedding as there was a stout pulley above a door, which has now been replaced by a large arch window - the stables being part of the main Cottage facing the courtyard.

We know that by the Second World War the coach and stable areas had been converted to garages (we even have photographs of the cottage/garden at that time) and the hayloft was an Air Raid Warden's look-out post. Some time after, the whole unit was used as a small market garden and surrounded by greenhouses. The flowerbed outside the Hayloft front door being one site.

In the 1970's it was converted to a workshop by a musician who lovingly built early stringed instruments here. Converted by us to a studio flat in 1998, we feel pleased that it is providing a special place for visitors who come to enjoy this delightful and historic part of Kent. 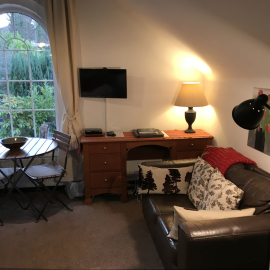 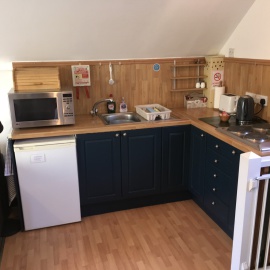 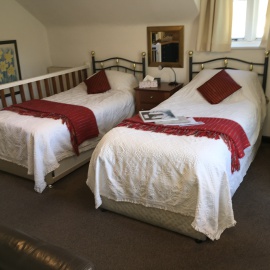